POEMS BASED ON SAYINGS AND IDIOMS

I keep them locked

I will never let anybody

Grandpa says the only thing

is losing his marbles

so at least I know now

As with my poem above, I recently set a challenge for my followers on social media, to write poems based on famous sayings and idioms. I thought that this would be ripe for poetic exploration, and I was not disappointed by the responses I received. Here are some of the fantastic examples I received via Twitter and Facebook; why not give it a go yourself, or in class?

I have a small door,

deep in the garden.

I keep its place a secret

you’re awar with the fairies!”

And I smile, because I know I’m too big

to go through that little door.

The old man down the road

He’s not been well

He heads off to his allotment

Time to reap the fruits

He waits by the lane

Looking at all the neatly kept patches

But which one is his?

I think he’s lost the plot.

[Josh’s comment: is he Jeremy Corbyn by any chance?]

It should be simple

But no room for cake

I give it my best shot

Means I can’t finish it

That eating a piece of cake

Should be a piece of cake…

Or a walk in the park 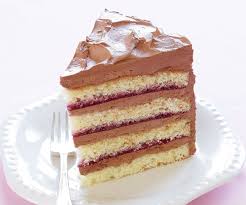