I was honoured to be chosen, along with two other poets, to be part of the Catching Words project at the Discover Children's Story Centre in Stratford. This is a literacy project focusing on using poetry to engage 'underperforming' Year 2 children, which is a challenge on two levels: they are 'underperforming', and they are Year 2! I was very grateful to be accepted onto the project, as the other poets are Joseph Coelho, Paul Lyalls and Adisa, each of whom has many, many years of experience. It would have been easy for Discover to turn me away on the basis of my relative lack of it, but what can I say: they couldn't say no!

But this blog post isn't really about the Catching Words project. Hopefully when I embark upon it I will have a lot to say and to reflect on, but what concerns me now is losing words. For the other week I had an experience which, thankfully, is rare, but is no less uncomfortable for that when it happens - I forgot the lines to a poem. And I didn't just momentarily lose them, I had a total blank. Luckily there was an audience of precisely three people, so news of my gaffe didn't exactly spread far and wide, but it was very unpleasant.

Perhaps, however, losing words is not such a bad thing. Obviously if it happens all the time one needs to develop strategies to combat it (such as, well, reading the words from a piece of paper), but the occasional forgetting of a line simply shows that a poet is also a human. This can be important with an audience of children, and on the couple of occasions when it has happened in school I have used it as an occasion to demystify the reality of what it is to be a performer, and to demonstrate that making a mistake is OK. Hopefully after having seen me fumble with words, the children will feel less inhibited when it comes to writing and performing their own. And the same goes for other ostensibly undesirable traits in a performer, such as 'the shakes'.

I'd still rather simply never forget words though. That would be better.
Posted by Joshua Seigal at 12:51 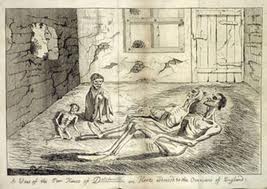 Anyone who has ever seen me perform my poetry for children will know that I often open my performance with Richard Bennett, a poem about a bully. The punchline of the poem is that Richard Bennett is revealed to be my own brother (sorry for giving that away!). I ask the children for a vote on whether they think the poem is true or false, and use this as a springboard to discuss the fact that poetry is one of the only places in our lives when we are actually allowed to make things up: of course, it is not true that Richard Bennett is my brother.

What is true, however, is that when I was at secondary school there really was a bully, called Richard Bennett (albeit not my brother). I think the story of the real-life Richard Bennett raises some interesting issues to do with bullying and self-reflection, and I'd like briefly to share the story. I may be flattering myself with the presumption that people will actually bother to read this, but I'm going to err on the side of caution and change some people's names. 'Richard Bennett', I think, is a common enough name that I am not risking anyone's reputation by using it.

I went to secondary school right in the heart of London, which necessitated a lengthy commute. At that age, such a thing was a big deal, and inevitably provoked a bit of anxiety in my parents. They thus arranged for me to get the train with a boy called Adam who lived on my road and went to the same school, and who subsequently became my best friend. There were a few other boys from the school who took the same route, one of whom was Richard Bennett.

I had read about bullies in books, and watched depictions of them on television, but thankfully up until that point I was lucky enough not to have encountered one. Richard Bennett looked pretty much like the archetype of a bully: very solidly built, very short hair and perpetual scowl. He was in the year above us (Year 8), and took immediate delight in intimidating us younger children.. He boasted that his key-ring could cause internal bleeding, and once knocked my classmate Steven's head against the train window, for very little apparent reason. At that age it was fashionable to insult people by proxy by insulting their mothers, and I once wrote 'Richard Bennett's mum is a cow' on my hand, as a kind of cowardly act of revenge. Someone told him, and I came in for some flack after that (thankfully none of it physical).

The next year, however, Adam and I, and the rest of the younger children who took that train, ceased to be the target of Richard Bennett's intimidation. That role was transferred to a boy called T, who had just joined the school. We all used to sit together in one big group, and Richard Bennett tried to impress the rest of us with how mean and spiteful he could be to T. I am ashamed to admit that I laughed along with Richard Bennett, and I now realise that the reason I did this was because I was relieved that I was not the recipient of his barbs. I think at that age I had a mean streak - never physically threatening but more than willing to delight in others' misfortune - and it manifested itself in the fact that I went along with Richard Bennett's teasing of T, and even strangely enjoyed it. T - if you are reading this and recognise yourself from the description, I apologise.

Eventually, Richard Bennett got expelled (or 'asked to leave', as was the appropriate locution). T's parents contacted the school, and all the children who took our train were called into the Deputy's office to give their account of events. I was honest about what I perceived to be Richard Bennett's bullying, and for the rest of his short time at the school Richard Bennett derided me as a 'grass', with the implication that I had at one point been something of an ally. Which, sadly, I guess I had.

Why am I recounting these events? Part of it may be a kind of selfish need to unburden myself, but I don't really think this is the case. I think it is more the simple desire to recount the true story behind one of my poems, for anyone who may be interested. It is also an opportunity to reflect on bullying, and how we can unwittingly get caught up in it. I've heard it said that Richard Bennett was in fact bullied by his brother, and thus may have been a victim as well as a perpetrator. Attempts to track the real Richard Bennett down on social media have proved unfruitful, due to the ubiquity of the name. I wonder whether he'd be interested to know that he's inspired a poem. Hopefully he wouldn't bash my face in..