THE BALLAD OF LAURENCE FOX

His drama days are on the rocks.

Once on the boards this thesp did tread

But now he acts the prick instead.

He will not isolate because

He values liberty, you see.

Unless you want to take the knee.

Won’t get the jab, would rather pox.

He got divorced, which hit him hard

His ego’s lying bruised and charred.

But fear not, since on the whole

No mask could hide his putrid soul.

MAN ON THE BEACH

I saw a man on the beach

He sunk down into the sand,

hurling words at the ocean.

how I long for your blades

he flung it up to the heavens,

and his eyes crazily darting.

However, I’m pretty sure

it was just a cry for kelp.

You never can trust the elite

They bluster, they lie and they cheat

And they sit on their bums

While they laze in their villa in Crete 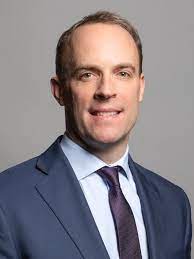 I Used To Feel Sorry

for those old silent couples

I told myself that I would never

that our words would flit

as I sit opposite you

I see that words are not so much

Our silence is crystalline,

an ocean in unity.

Arif gave her a mug that says World’s

Best Teacher. The factory where

these mugs are made probably churns

out about ten thousand a day. As she

looks at the mug she ponders this

then wipes the doubt from her eyes

and takes another sip of coffee.

a poem about lemons

consensus is that lemons do not exist.

No matter that you’ve seen them in the fruit

and veg aisle every time you’ve been

to the supermarket, nor that you make

do not exist. They know this because

they have conducted numerous tests

under the auspices of the highest authorities,

the implication being that you are clearly mistaken

and that what you were dealing with

was not a lemon, but something else entirely.

with a slice of lemon? You’ve been bamboozled.

Misled. Every time you’ve tried to spruce up

the fruit bowl with a little bit of zesty yellow?

The circuitry has been going wrong in your brain.

Because lemons, the scientists now believe,

do not exist. Never have done.

My advice to you? Go down to the bottom

of your garden, to the lemon tree behind the shed.

Pick one, and hold its waxy smoothness

to your cheek. Inhale its floral scent.

Know it intimately. Put it in your jacket pocket,

the inside one. Close to your breast.