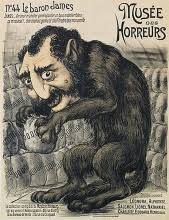 Interesting question. I do not quite know ALL of my poems off my heart, but it is true to say that I know quite a lot of them. I think there are two main reasons why this is the case. Firstly, I visit loads and loads of schools, and give masses of performances, and the more you recite a poem the more you get to know the words. Secondly, I find the process of writing and editing a poem involves going over and over that poem, and when I do this the words kind of get lodged in my memory. I find it much, much easier the memorise my own poems than I do to remember other people's poems. In fact, there are only a couple of poems by other poets that I know off by heart. In order to give a good poetry performance, I do not believe that you have to know a poem off by heart.
Posted by Joshua Seigal at 04:50