I kept losing the children. The windows
had been blown inwards in tiny, piercing grains,
some of which lodged in the back of my
throat. The children were complaining: some
were coughing on the pieces of glass; others
were running round as though in some
kind of drugged-up stupor. I didn't
want to shout at the children, but I
had to. "Walk! Don't run! Hold
on to the edges!" But I kept losing them.
My own mother was laughing, as though to say
"I never lost you
when you were a child."

I was conscious of several eyes and several
smiling, mocking sets of lips. Each
child that fell over the edge and landed
broken at the bottom of the fire-escape
felt like one of their victories. I had
to get angry at the children; it was
for their own good. "I said WALK!
Hold on to the EDGES!" Some
of them listened. Most didn't.

I realised that some of the eyes and lips
watching me belonged to school
inspectors, who became more and more
gleeful with every child that I lost. Oops!
There goes another one, that's one black mark.
And he raised his voice unnecessarily, that's two.
I had to grab them to keep them away
from the edge, but I could feel the inspectors
smirking at this: here he goes
touching the children now! More and more
children kept falling.
Some of the good little girls
listened to me, and got scared as my shouting
became more and more pained. "I SAID FUCKING WALK!
DON'T RUN!
I DON'T WANT YOU TO FALL!" But most
of the children laughed. Some even jumped
off the edge voluntarily. Everything was metal.
The sky was pink.

Later on a man with a face made of sand
told me that this
is what Jesus had to go through.

(originally published in Under The Radar (Nine Arches Press, 2009)
Posted by Joshua Seigal at 12:46

I'm a smart poem.
In fact you might say I'm a
High-IQ haiku 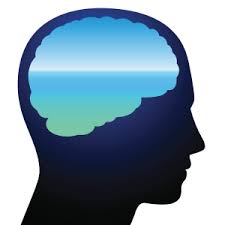 writing idea: what else should one never do? Your list could rhyme, or not!

This poem isn’t funny.
It involves no comedy,
even if you read it
while you’re hanging from a tree.

It has no funny elements.
It will not make you laugh,
even were a monkey
to declaim it in the bath.

This poem has no giggles
and contains no funny words,
like ‘bippy’, ‘blimp’ or ‘blabbermouth’
or ‘nincompoop’ or ‘nerd’.

It’s really not amusing
and won’t make you feel happy.
You’re likelier to get your jollies
from a dirty nappy.

Yes if you want a chuckle
then you’d best consult a clown.
This poem isn’t funny;
it will only bring you down.