They say
that bits of rusty satellite
float around
the sky at night,

that up there, just beyond
the earth’s atmosphere,
hunks of broken debris
drift forlornly.

So I look up and think:
what else
might be stuck there
longing for warmth and love?

An alien’s
homesick teddy, perhaps,
or an astronaut cut loose
from her spaceship.

Maybe there’s a block
of cosmic moon-cheese,
or the spent match
that lit the Big Bang.

and a lost
love letter
from Neptune
to Pluto

just beyond
the earth’s atmosphere
up there

SOME THOUGHTS ON 'SAFE SPACES'

I tend not to talk much about political issues on social media. Partly this is because the format doesn’t lend itself too well to nuance, unless one is willing to spend hours of one’s time in epicycles of debate with opinionated strangers, and partly it’s because I’m scared that, if I post something, I might change my mind. I tend to consider every issue from numerous sides, and largely shy away from the kind of tub-thumping that characterises much internet discussion. Or maybe I’m just a coward whose arse is full of splinters from sitting on too many fences. See what I just did there? I’m too much of a coward to even admit to being a coward.

Anyway, with all this in mind we come to the issue of ‘safe spaces’. For those of you who don’t know, ‘safe space’ denotes a place, often on a university campus, where certain modes of ‘phobic’ speech are not allowed. The notion of safe spaces has the right-wing commentariat in paroxysms of incredulity. How, the thinking goes, can an ostensible bastion of free thought such as a university succumb to such a shackling? Isn’t a university (the thinking continues) the very place where students should be exposed to ideas with which they may not agree? And with that, today’s students are written off by many as weak, fragile ‘snowflakes’.

Whilst I understand this line of thinking, it misses two crucial points. It is these two points that I want briefly to discuss in this blog post. The first point is this:  I believe there is a sense in which the demarcation of a safe space is an act of bravery and of revolution, rather than a demonstration of fragility. As a straight male and all that, I understand that I am insulated from a lot of the language and thinking that negatively affects others, and that, in creating a safe space, marginalised groups are reshaping their environment. It misses the mark to say that it is a big, bad world out there and today’s students are ill equipped to deal with it. As the poet Roger McGough writes, “shush, old man, your day is done/Whilst mine has only just begun”. In other words, the students of today are the leaders of tomorrow, which sounds platitudinous until you realise that it is the old git spluttering ‘snowflake!’ over his copy of the Daily Mail whose “day is done”. And surely it is a more proactive, leader-like thing to say “we’re not going to take it anymore” than it is simply to capitulate to outdated attitudes and modes of speech. It’s not so much that these students are unwilling to ‘face up’ to the reality of the ‘big bad world’; it is more that they have already done too much ‘facing up’ and are now saying “no more”.

So I get it. I’m not going to bang on about snowflakes and SJWs and the rest of it. What I will do, however, is this: from a place of understanding and (I hope) empathy, I will offer a tentative case against safe spaces. This will form the second of the two points which the above caricatured case against safe space misses.

Now is the time to get your violins out as I get personal. For as long as I can remember, indeed perhaps for as long as I have been alive, I have had mental health difficulties. In particular, I suffer from OCD (and the concomitant anxiety and depression which this condition engenders). One of the most common courses of action for OCD is ERP, which stands for Exposure and Response Prevention. According to OCD UK, this involves “being exposed in a very structured way, with the support of your therapist, to what makes you feel anxious, and not carrying out compulsive rituals after exposure.” To take a very clichéd example: suppose your OCD centres on tidiness and order. You obsessively go around the house making sure your ornaments are ‘just so’. ERP might involve purposefully tipping over an ornament, and then leaving the house for a period of time instead of going through the whole tidying ritual again. The idea behind ERP is to gradually desensitise your brain so that, over time, the anxiety associated with the exposure decreases. A crucial aspect to this course of treatment is purposeful exposure to the very thing that makes one anxious.
It does not take a great mental leap to see how this principle might be applied to the idea of safe spaces. Suppose that my university has just invited a speaker who espouses the view that poets are useless people. I get ‘triggered’ by this. According to psychiatrist David Veale, I have three choices: (1) the obsessive choice, (2) the non-obsessive choice, and (3) the anti-obsessive choice. The obsessive choice, i.e. the thing that my OCD wants me to do, is to ‘no platform’ the speaker, to banish him entirely from my sphere of experience and perhaps beat him over the head with the complete works of Phillip Larkin. The non-obsessive choice would be to glumly just let him get on with his talk but to refrain from attending it myself – a step in the right direction, sure, but somewhat passive. The third option, the anti-obsessive choice, is the very opposite of what my OCD wants me to do, and as such is the very thing that ERP would recommend doing. In this case, the anti-obsessive choice would be to go along to the talk, to expose myself in a purposeful way to the thing that makes me anxious. If I do this enough times my brain gets desensitised and I am no longer ‘triggered’.

Does this imply that I should not argue, debate, criticise and get riled up? No it doesn’t; I am absolutely free to do these things. But it does imply that I should purposefully expose myself to views that I might viscerally disagree with. Should I then go out of my way to invite racists, sexists and bigots of all kinds to speak at my university? I’m not sure. This entire discussion raises complicated issues, but I would say this: it is better to have such people give ‘talks’ at universities, where they can be exposed to debate and ridicule, than it is to have them stirring up credulous acolytes elsewhere. With ERP, the exposure takes place under the supervision of a trained therapist – in a ‘safe space’, as it were. With this in mind, it may be that the role of safe spaces within universities should be that of managed exposure, rather than the banishing unpalatable viewpoints.
Posted by Joshua Seigal at 11:46

I read a story in the news a while back about a man who tried to convince people he was a soldier, despite never having served in the military. Apparently this is fairly common - you can read an article about it here. Anyway, I decided to have a go at writing a poem about one of these guys. I chose to use the sonnet form. Here goes:

HERO
He never braved the bullets, that’s for sure.
Nor waded he through trenches sopping wet.
This ersatz GI never fought a war
(if we are talking literally) and yet
he dresses in a soldier’s uniform.
'He's never known the meaning of a fight’
rage headlines in the papers, there’s a storm
of protest. He is wrong and we are right.
But isn’t he a hero, in his way?
When we pretend, we don’t go to his length.
We all hide our true natures as we play
at soldiers; this guy has the will and strength
to fire no gun and cause no death or grief
whilst wearing his deception on his sleeve 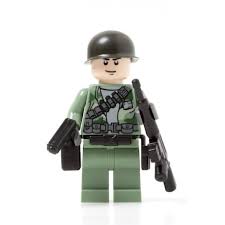 A paradiddle is a pattern in drumming. If 'L' denotes the left hand and 'R' the right, a paraddidle goes: RLRRLRLL. You can watch a top drummer performing them and talking about them here.

A thought occurred to me the other day: the sticking pattern of the paradiddle could equally apply to poetry. In other words, you can write a 'paradiddle' poem with the rhyme scheme ABAABABB. Here is my attempt at a paradiddle poem. If any readers want to have a go at writing a paradiddle poem, I'd be delighted to post them up on this blog page (poems will be posted below the image of Dave Grohl attacking his drum kit).

punches? Can you feel the heat?
Can you hear alarm bells going
as the monsters prowl for meat?
Music! Music! What a treat.