I am delighted to be an official Ambassador for National Poetry Day on 3rd October 2019. This is the fourth year I have been an Ambassador, and I am always struck by the imaginative work that pupils in my workshops produce on the given theme. I was partly inspired to write the following poem by reading Rachel Rooney's piece Nobody Knows on the CLPE Website. What interested me was the title, and the notion that each of us might contain a truth (real or imaginary) that nobody else knows. What I did was take this idea, and write the following poem, which is exclusively for NPD 2019 and this years theme of 'Truth'):

Nobody knows this
but just beneath my skin
a volcano is preparing
to blast.

Behind these eyes,
inside the prison
of my ribs, magma
bubbles silently.

Smoke is filling
the cavern of my chest
as fire flicks the basement
of my tongue.

As I sit still
to write these words,
nobody knows this.
But they soon will.


Why not have a go at writing, or encouraging others to write, a poem using 'Nobody knows this' as a prompt? The ideas could be as meaningful, metaphorical, profound or as playfully silly as you like! Perhaps start by exploring some possible ideas as a class. Ideas might be along the following lines:

If anyone has any ideas, or would like to contribute a poem using this theme, please do get in touch (either by email or using the comments section below) and I would be delighted to add your poem to this blog post! Here are some examples sent in so far by by fab poets:

When they tell me to behave
And ask me crossly, ‘Why?’
And, hands on hips, they roll their eyes,
Nobody knows I try.

When they jab their fingers
Snapping, ‘Look me in the eye!’
And threaten me with this or that,
Nobody knows I try.

When, exasperated,
They shake their heads and sigh
And swear they’ll give me, ‘ONE LAST CHANCE,’
Nobody knows I try.

And when I’m in detention
Staring outside at the sky
I really cannot understand
Why nobody knows I try.


Nobody Knows by Liz Brownlee

I’ve never owned.
Not the friend
I don’t have
in the playground

nobody knows this
but I am seldom
here at all, not
in the playground

nor classroom
corridor or hall,
on the bus or street
I am nowhere

no one knows
I am nobody
think nothing
know nothing

no one knows
I am nobody at all. 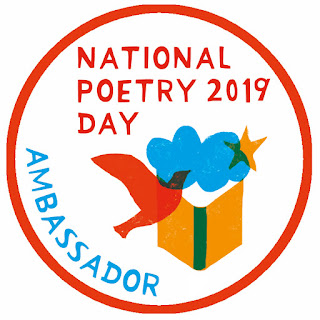